On Thursday 9th November, the Girls Football Team took part in a tournament at Pool Foot Farm in Thornton. This was an FA national campaign to celebrate female football at all levels from grassroots to schools.

Every team had their points calculated and the point table for our league showed that we had qualified for the semi-final stages. We played the semi-final against Shakespeare, which we lost. Shakespeare went on to win the competition.

Well done to all of the girls involved. Everyone played with great determination and made Chaucer proud. 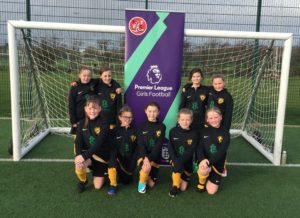