Chaucer Football – Top of the League

Last week Chaucer played Charles Saer in the last league football match of the school year. The team knew that winning the game meant that they would be top of their league. It was a very tense match and at half-time it was 0-0. Second half the team came out and continued to work hard, playing as a team and looking for the space which would give us the opportunity to get forward. The final score was Chaucer 3 – Charles Saer 0. It was a fantastic performance from the team in an incredibly close match. Well done to Harry Dowsing who scored 3 fantastic strikes, all in the closing minutes of the second half.

Being top of our league means that we qualify, as winners, to play in the league finals at Highbury, Fleetwood Town. This will be at the end of Fleetwood Town’s season. Details to follow. 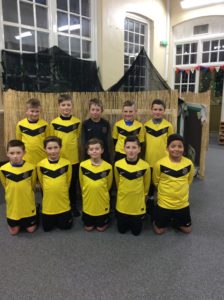