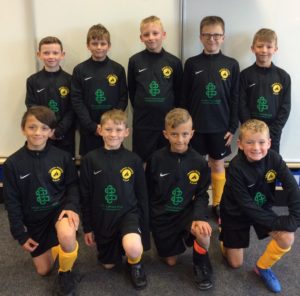 The football team took part in their first league match of the season on Monday 18th September. They played a strong Charles Saer team at Pool Foot in Thornton. The team were missing their captain Zak but Ray quickly stepped up and guided the team to a great draw. For the majority of players, it was their first time playing for the school. Each player represented the school impeccably and gave 100% in the game.